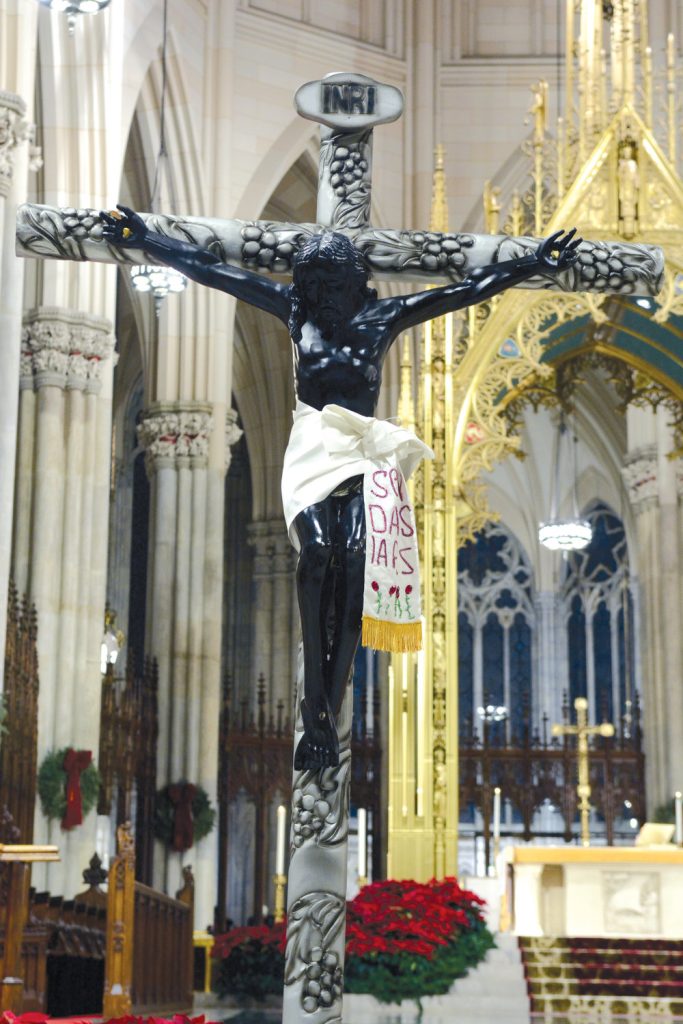 The Feast of the Christ of Esquipulas

With a dark complexion, like that of many natives of these lands, the Christ of Esquipulas transcends our borders to symbolize unity of faith and identity.

The feast date of Esquipulas is January 15 or the Sunday closest to that date.

According to anthropologist Carlos Navarrete, who has studied the Lord of Esquipulas, this image has transcended our borders and has become a symbol of identity in the continent. That is why you will find this devotion in Los Angeles, California; Queens, New York and Nicaragua.

However, since pre-Hispanic times, pilgrims from all over Mesoamerica have come to Esquipulas to worship: before colonial times, the warrior god Ek Chuaj; and today, the Lord of Esquipulas.

If you go to the Basilica, of baroque style, let yourself be overwhelmed by the faith of the pilgrims and stop to see the votive offerings: wax figurines, which represent parts of the body healed by the miracles attributed to the image.

Esquipulas was founded between 1560 and 1570, 200 kilometers from the current capital, and is one of the most ancestral municipalities of Chiquimula de la Sierra.

According to legend, the people of Esquipulas asked for an image of Christ to venerate and chose Quirio Cataño for the carving, who incarnated it in white, but the years of devotion, says architect Eduardo Andrade, darkened it due to the smoke from the candles and candlesticks lit by his devotees.

The Gran Celebration of the Lord of Esquipulas

At Our Lady of Loretto Church