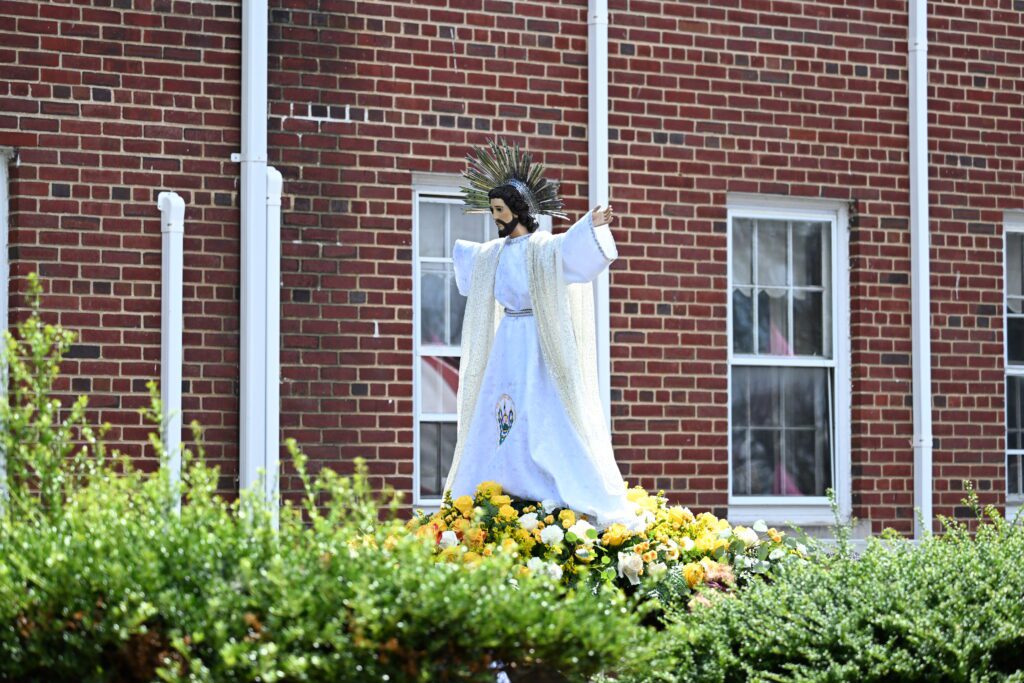 Feast of Divine Savior of the World celebrated in Parish

The feast of “El Divino Salvador del Mundo” (Divine Savior of the World) was celebrated at the parish on Sunday, August 7 with a Solemn Mass in Spanish at 1pm.

The celebration is based on the biblical story that says that, Jesus arriving at the foot of the mountain, the Lord chose three of his disciples: Saint Peter, Santiago and San Juan, to accompany him and witness one of the most glorious moments in his life as a human. Upon reaching the top of the hill, he — Jesus Christ —, he was transfigured from man to God; and the account says that his garments became radiant as light and whiter than snow, and a voice from above said: “This is my beloved son, in whom I have all my pleasures, listen to him”. This story is found in the new testament in Matthew 17: 1-13 and Mark 9:2 onwards.

There was food and music outside with the different parish groups, both young and old, selling traditional Central American food. For the little children we had a bouncy castle, and a water fountain slide. In reality, the celebrations began earlier during the week with a children’s mass on Wednesday, August 3 at 7:30pm, outdoor eucharistic adoration on Thursday, August 4 at 7:30pm; preaching on Friday, August 5 at 7:30pm by Father Robert Badillo, M.Id., and finally, on Saturday, August 6 we had a music concert by the different choirs of the parish.

We thank the organizing committee from the bottom of our hearts for doing a splendid job in putting this celebration together.

If you are interested in collaborating with the celebration of this feast in the future, please contact Ramon Romero at (516) 498-7631