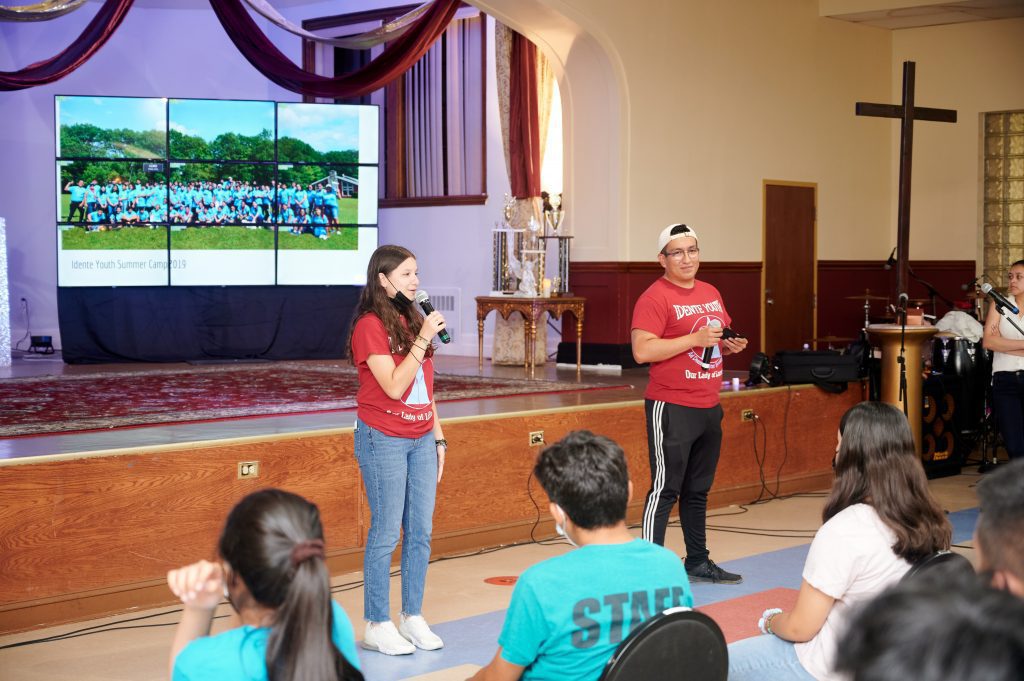 On Wednesday, August 18, 2021 after the 7:30pm Spanish mass, Idente Youth presented to the parish community a brief introduction about their group. This included information about the founding of the group, its international and national presence, the meeting dynamics, trips, and camps. The World Youth Parliament, the project of Idente Youth for young adults also introduced themselves and their activities. A number of teen and young adult members shared their testimony.

Idente Youth is an international association founded by Fernando Rielo and formed by children, teenagers, and young adults who want to identify themselves with the greatest and most noble ideals and values of humanity (such as peace, unity, friendship, faith, openness, loyalty, sacrifice, love), fostering mutual respect, independently of creed, nationality, culture or any other difference we might have.

The World Youth Parliament (WYP) consists of creating a forum where young people, whatever their ideology, culture, or social condition might be, can come together to discuss issues that concern them and manifest their conclusion in such way that their voice may be heard worldwide.