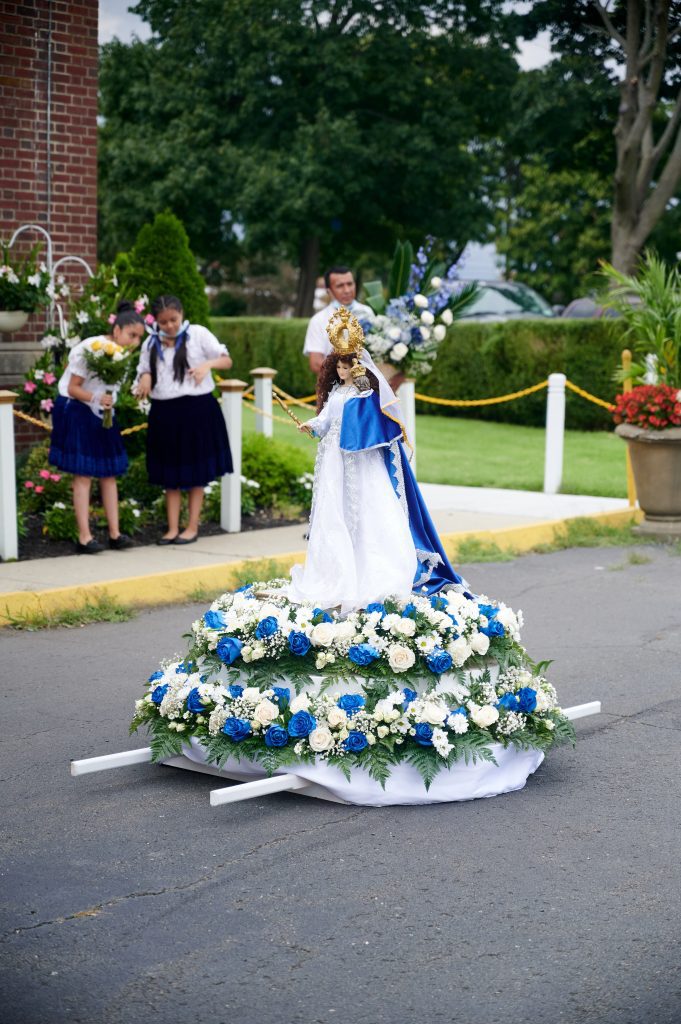 Throughout Ecuador, but especially in Loja province, you’ll see figurines, shrines, pendants and all manner of trinkets dedicated to the Virgen del Cisne (Virgin of the Swan). According to legend, the Virgin Mary protected a medieval knight who appeared before his lover in a boat shaped like a swan. The knight’s chivalric acts and the Virgin’s kindly auspices inspired Franciscan monks so much that they erected statues of the ‘Virgen del Cisne’ throughout Europe. The Franciscans later hauled one of these statues to Ecuador, where she has been credited with miracles aplenty, mostly involving sickness and storms.
The Virgin you see today, installed by adoring campesinos (peasants) in 1594 in a little town also called El Cisne (70km west of Loja), wears gilded robes and a towering crown. This Virgin, the ‘original,’ lives in the town’s Santuario, a Gothic-style cathedral, most of the year. Virgens del Cisne in other parts of Ecuador wear vestments inspired by local indigenous costumes, or even the Ecuadorian flag (especially when the national soccer team is playing a big game).
A huge festival is held in the Virgin’s honor in El Cisne on August 15, after which thousands of pilgrims from Ecuador and northern Peru carry the statue on their shoulders to Loja, with many of the pilgrims walking the entire way. The Virgin finally arrives in Loja on August 20, where she is ceremoniously installed in the cathedral.